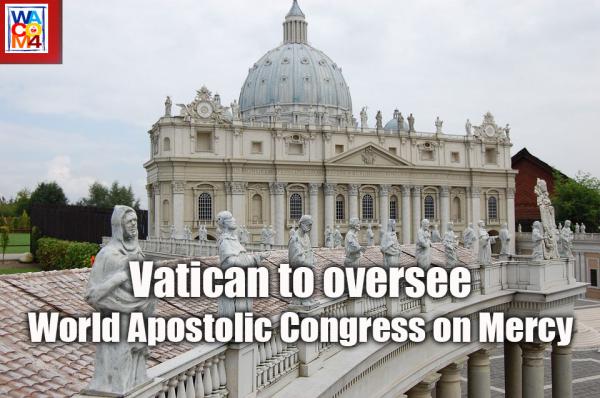 Pope Francis has accepted a request that the World Apostolic Congress on Mercy (WACOM) be directly under the supervision of the Vatican.

In a process that took 12 years, the Divine Mercy apostolate will finally be “deeply rooted” at the Vatican, specifically under the Pontifical Council for the New Evangelization.

Fr. Patrice Chocholski, WACOM Secretary General, said the pontiff approved their request, believing that the Divine Mercy “is the fire for the new evangelization.”

“It’s a great news and a dream becoming a reality,” Chocholski told the delegates on the last day of the 4th WACOM at the Las Casas Filipinas de Acuzar in Bagac, Bataan on Jan. 20.

Father Chocholski said that the dicastery will now be leading the promotion of the Divine Mercy apostolate and the next WACOM which will be held in Samoa, Oceania in 2020.

Msgr. Eugene Sylva, the PCNE’s representative to the global event, said they are looking forward to collaborate with the Divine Mercy devotees and promoters.

“It’s a great honor,” Sylva said. “We look forward to the promotion of the Divine Mercy so that we can promote the mission of new evangelization.”

Chocholski, meanwhile, declared that the Philippines hosted the “most successful” Mercy congress so far.