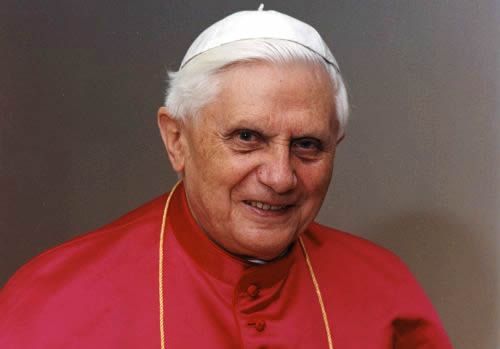 In an address on Sunday, Pope Benedict XVI encouraged all who participated in the first World Mercy Congress.

By Dan Valenti (Apr 6, 2008)
“Go to the world and be witnesses of Divine Mercy,” Pope Benedict XVI urged participants in the historic first World Mercy Congress held last week in Rome (April 2-6). The Pope made the remark in his Regina Caeli address at noon Sunday. He delivered his brief address from a window at the papal apartments overlooking St. Peter’s Square.

Here is Benedict’s message from Sunday regarding the World Mercy Congress:

This morning, with the Eucharistic celebration in St. Peter’s [Basilica], the first World Congress on Divine Mercy has ended. I would like to thank the organizers and particularly all the participants. It is a greeting that has become a gift. Go to the world and be witnesses of Divine Mercy, the source of hope for any man and the source of hope for the world as a whole. May the Risen Lord be with you.

After his address, Pope Benedict lunched with Cardinal Schönborn. Speaking to congressional planners later in the wrap-up strategic session, the Cardinal said the Pope peppered him with questions. “The Pope wanted to know all about the congress.” The Cardinal said he told the Pope that the week had been a great success, citing the presence of thousands of people from throughout the world who traveled to Rome despite great difficulties.

The Cardinal quoted the Pope as saying, “It is impressive to see Divine Mercy spreading throughout the world.” He said Pope Benedict asked him to convey his personal thanks and blessings to all who were involved.

Pope Benedict has been an enthusiastic backer of the World Mercy Congress from the beginning. The Pope launched the congress on Wednesday (April 2) by celebrating Mass in St. Peter’s Square. In his homily, he urged delegates to be steadfast in their commitment to live the values taught by Divine Mercy.