Father Patrice Chocholski, general secretary of the World Apostolic Congress on Mercy, addresses Congress organizers in Krakow, Poland, before the close of the five-day Congress in October.

By Felix Carroll (Feb 20, 2012)
Only four months since the historic second World Apostolic Congress on Mercy in Poland, organizers are already gearing up for the third World Congress, planned for Bogota, Columbia, in 2013 or 2014.

In a recent video, Fr. Patrice Chocholski of Lyon, France, general secretary of the Congress, extends his gratitude to the more than 2,000 people from around the world who attended the Congress, held on the grounds of the convent where St. Maria Faustina Kowalska lived.

“Divine Mercy,” says Fr. Patrice, “is becoming the light for humankind in the third millennium.”

He describes the message of Divine Mercy as “our treasure. … So let’s give it to all people so that they may be more conscious, more aware and more motivated by the mystery of the love of God.”

The Congress, on Oct. 1-5, gathered Divine Mercy apostles from 69 countries to the outskirts of Krakow, where the “spark” of the modern Divine Mercy movement was lit with the revelations of St. Faustina in the 1930s.

The Congress underscored two truths: the urgency of the Divine Mercy message for the Church and the world, and the fittingness of the metaphor that defines its spread, from “spark” to “flame” to “wildfire.”

For five days, it was standing-room only inside the Basilica of Divine Mercy, a mere several hundred feet away from the convent of the Sisters of Our Lady of Mercy where Jesus told St. Faustina, “Mankind will not have peace until it turns with trust to My mercy” (Diary of St. Faustina, 300). Jesus told St. Faustina that His mercy message to her — a reinforcement of the Gospel call to turn away from sin, turn in trust to His mercy, and share His mercy with others — stands as the “spark” that “will prepare the world for My final coming” (Diary, 1732).

Among the highlights of the Congress were:

• Cardinal Christoph Schönborn of Austria, president of the Mercy Congress, called for St. Faustina to join the ranks of only 33 other saints who have been declared Doctors of the Universal Church. His Eminence announced that on behalf of the Congress, a formal request has been made to Pope Benedict XVI to bestow upon St. Faustina the distinguished ecclesiastical title of Doctor of the Church. Signatories of the request include prelates who attended the Congress — Cardinals Stanislaw Dziwisz, Audrys Juozas Backis, Stanislaw Rylko, Joseph Zen, Franciszek Macharski, and Philippe Xavier Barbarin.

• Cardinal Dziwisz announced plans to found an international academy in Krakow that will serve for theological and pastoral formation on Divine Mercy.

• Inspired by the Marian Fathers of the Immaculate Conception, through the person of the Very Rev. Fr. Kazimierz Chwalek, MIC (Marian provincial superior in the U.S. and Argentina), Cardinal Schonborn announced that on behalf of the Congress representatives, a letter was sent to the Vatican proposing that the Divine Mercy message be placed at the center of the “New Evangelization” call from the Holy Father.

Pope Benedict XVI has chosen “New Evangelization” as the theme for the next world Synod of Bishops this October at the Vatican. He said the theme reflects a need to “re-evangelize in countries where Christian faith and practice have declined, and where people have even moved away from the Church.”

Father Michael Gaitley, MIC, who worked with Fr. Kaz to draft the proposal to the Holy See, says the proposal offers Divine Mercy “as a way to help people assimilate the truth of the faith, so that it becomes more deeply rooted in their hearts.

Father Kaz says the Marians have recognized “the need to expand our evangelization efforts to parishes. Our goal is to make the message of Divine Mercy more known, so that it may affect a deeper renewal in the Church worldwide. We see that wherever Divine Mercy is embraced, it produces greater love for the Lord, increased participation in the Sacraments, Eucharistic Adoration, adult faith-formation, and greater involvement in works of mercy.” 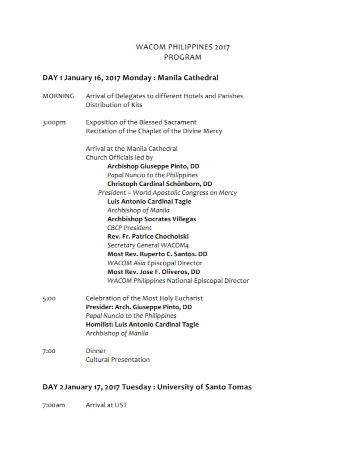